Encouraging reading, travel, and discovery of people and places that make up our historical past!

Originally posted on American History for Travelers:
Although it was not their original intention, colonists in the New World gave birth to a modern form of slavery. Within the burgeoning colonies, slavery evolved far beyond what any other people in history had known or established — the enslavement for life of one race. Clearly, slavery… 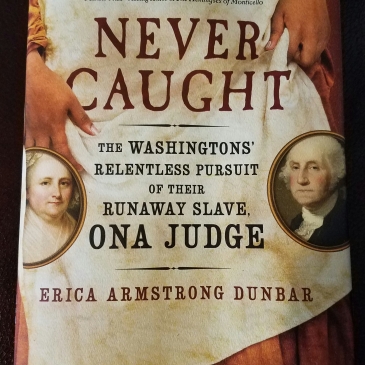 Finding Phibby (see blog from July, 2011) changed my entire life as it relates to my desire to study history.  I have read about many enslaved people who ran away from their enslavers, but none have had the same impact on me as Phibby. For the first time, ever, I found someone and that someone became … END_OF_DOCUMENT_TOKEN_TO_BE_REPLACED

I’ve been reading so many comments about The Bird Box (2019, Netflix, starring Sandra Bullock). There is one thing that is for sure about this new film.  Most viewers are openly admitting that it scared the bejeebies out of them. I am reading comments in threads on Facebook, under reviews of the film, and listening … END_OF_DOCUMENT_TOKEN_TO_BE_REPLACED

If you’re ever in the Raleigh/Durham area, you should visit the Stagville Plantation Home and Slave Cabins. There is considerable history worth exploring, such as a slave street, complete with 4 or 5 multi “family” slave cabins and a huge barn built by enslaved men, assembled and the beams joined together by an African system … END_OF_DOCUMENT_TOKEN_TO_BE_REPLACED

“We conclude that in the field of public education the doctrine of ‘separate but equal’ has no place. Separate educational facilities are inherently unequal.” On May 17, 1954, the U.S. Supreme Court issued its landmark Brown v. Board of Education ruling. History: My thoughts on this historic(?) day. Although we look at this landmark Supreme … END_OF_DOCUMENT_TOKEN_TO_BE_REPLACED

There are some thoughts I would like to share about last night. What was last night?  We finally made it to the big show; game 7 of the 2016 World Series. While I sat at home watching the Chicago Cubs fight with the hearts of lions to end “the curse” and make history, I was … END_OF_DOCUMENT_TOKEN_TO_BE_REPLACED

There is a new television show I thought I would tell you about.  Underground is currently showing first run episodes on WGNA, Wednesdays at 10:00PM. Underground is 4 episodes into its first season and I must admit I was skeptical when I heard about this show.  I worried it would not be historically accurate. I … END_OF_DOCUMENT_TOKEN_TO_BE_REPLACED

One of the aspects of history I love most is the research. While in college I never felt more alive than when in classes where research was heavily required. Digging to find information, and then finding it, gave me a high that is really only understood by those who have experienced it for themselves. I … END_OF_DOCUMENT_TOKEN_TO_BE_REPLACED

There is so much to this story….but I am proud of this history. I recently moved to Newark, Delaware so that I could further research this history. I am excited to know and share that the Quaker Meeting House built by John Churchman and his Friends is still standing and is rumored to have … END_OF_DOCUMENT_TOKEN_TO_BE_REPLACED

Advertising, in one form or another, has been around since the beginning of civilization. There is no way to know when it actually began, but one can argue advertising was set in motion when that first merchant selling his goods, at the first market, placed a sign on his merchandise to inform buyers of the … END_OF_DOCUMENT_TOKEN_TO_BE_REPLACED

Hi! My name is Tammy. I am an independent historian. I graduated Magna Cum Laude with a BA in History and a Minor in Film Studies from California State University, San Marcos. I am, additionally, a member of Phi Alpha Theta, which is the National History Honors Society. The goal of this Blog is to educate and to raise or further your interest in American history, including African American History. I hope to bring new research to those looking for ideas to further their own scholarship. I hope you find the reviews / travel posts / blogs about history informative. The goal is that you become interested enough in what you read here to read the books, watch the series or films, and/or visit these locations for yourself to further your own understanding of this most important history. Happy reading, happy viewing, and most of all, happy traveling...